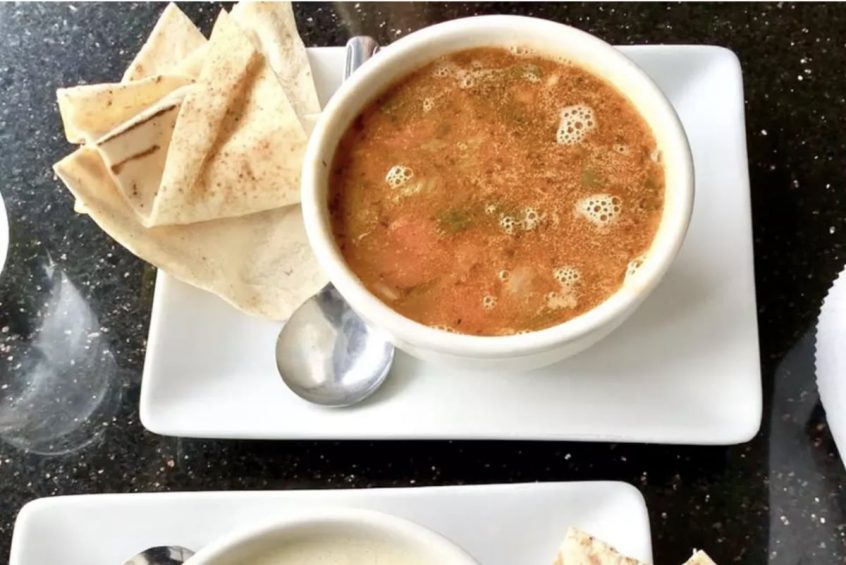 Winter comfort might involve a couch, a remote, a flat screen, popcorn in the microwave, a fireplace, homemade cookies, a fuzzy throw, or a big simmering pot on the back of the stove.

The food is never quite as comforting as it is when someone else is serving it to you. Which is why I head to Esperia Grill in Brighton Center, a family-run Greek kouzina, for avgolemono, the traditional egg-lemon soup with rice, which is always on the menu.

Plain and homely without a speck of green, the simple, economical duo of egg and lemon is used in soups and sauces across the Mediterranean. The flavors add up to a more complex taste than the few ingredients would suggest. Esperia’s bowl is a pale-yellow broth studded with white grains, which barely break the surface. To be great, the soup needs a strong, flavorful broth and plenty of citrus, along with strips of tender breast-meat chicken. Here it’s beautiful and nourishing.

At Esperia, Georgia Athanasiadis runs the kitchen and the spot is always filled with police from the station up the street, medical staff from St. E’s at the end of the block, students, and area workmen. Georgia’s husband, Tim, knows them all by name. Sons Dimitri, 29, and Pandelis, 27 — the most cordial and polite young men behind any register anywhere — work with their parents.

She is from Kalamata in the south of Greece, Tim from Katerini in the central part of the country. They’re serving the food of their homeland: Greek salads, of course, gyros rolled up in thick pita rounds, lemon potatoes with a little spice that you can’t stop eating, spinach pies shaped into big rectangles that turn especially flaky but aren’t excessively rich, with just the right amount of greens and feta hidden inside.

Besides avgolemono, she’s simmering any number of hearty bowls, including tomato-based beans and vegetables that taste so Old World you can imagine yia-yias (grandmas) everywhere making it. These are real, savory homespun dishes.

The Athanasiadises used to own a pizza shop in this space and a dozen years ago, they closed it for a few months to renovate and open as Esperia, which has counter service at lunch, waiters at dinner. The name Esperia means “sundown,” a name they saw on a restaurant in Kalamata and liked enough to use.

All the Hellenic classics are here — beef meatballs shaped into small patties, crisp on the outside and tender inside, with the yogurt-cucumber sauce tzatziki; baked lamb shank (this is where those lemon potatoes come in); moussaka, its rich bechamel sauce covering layers of ground beef and eggplant; and pastichio, the mac and beef dish, also topped with cream sauce, that will tide you over for hours.

Esperia Grill was one of the late mayor Tom Menino’s favorite spots. On the restaurant’s website, you can watch him being interviewed there, as he tucks into one of Georgia’s big rectangular spinach pies. He liked the place, he said, because it was family owned and operated, everything was homemade and prepared daily, even the sons were part of the business. Hizzonor said it all. 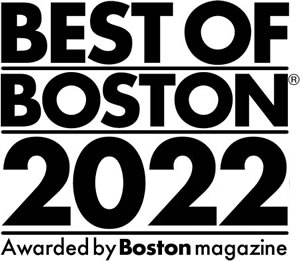 We are open for dining in and take out.

Give us a call and ask about our Esperia Grill gift cards.